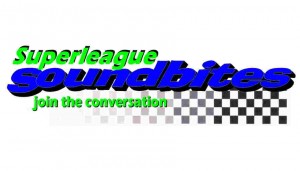 Welcome to ROUND ONE of SOUNDBITES, an interactive conversation that may start on BUZZ or the Superleague Facebook page and allows you to add your comments (on the FB page only).  Over the past two weeks, we asked fans, drivers and members of Powerboat Superleague to give us a soundbite on the following question: If you could pair up any two drivers in powerboat racing history for a final lap, epic drag race to the checkered flag – who would you choose?  (current or from years past, not necessarily from your category). In no particular order are their responses:

Jim Jost – “I would make it a three-way drag last lap with Jimbo McConnell, Billy Seebold and Renato Molinari.  Now that would be an exciting last lap.”

Sherron Winer – “Donald Campbell/Ken Warby or Bob Wartinger/Billy Seebold or Bob Wartinger and Ed Hearn… no wait, maybe a reprise of Neal Haraway and Tyler Kratochwill – this time no tie. ”

Sam Winer – “Bill Seebold and Terry Rinker because they have the most wins (I think) in OPC.”

Tim Brehm – “John Broge and Scott Langraff. 2 reasons, first we never got to see the end if that race (in Michigan) and second John would still be racing today

Robert Ernst – “Gary Pugh and Mike Seebold in Baba hulls with Selva F1000 motors and Jeff’s props.  And, since I’m doing the picking, do it in Alexandria, Louisiana.  Or… Paul and Steve again at Aurora, Indiana or Neal and Tyler, but make it in Pittsburgh.”

Val Collins – “I agree with Bill Hesson’s choice!  AND a rematch between J.R. Saffold and Bill Rucker!”

Now, it’s your turn.  Join the conversation by going the Superleague Facebook page (www.Facebook.com/PowerboatSuperleague) and tell us – “who are you watching?”  (not a member of Facebook?  Email your comments and we’ll post them for you)